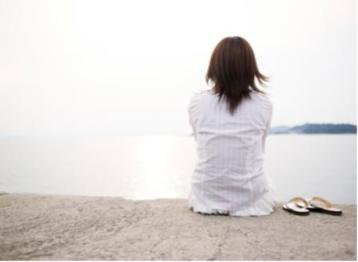 The good news is, it’s very very normal to daydream. Scientists say we spend between 30% and 47% of our waking hours daydreaming and, rather than being a waste of time, it’s a vital activity – particularly for those of us who want to be more creative.

In a recent study at the University of California, 145 undergraduate students were given a classic creativity test – two minutes to list as many uses as possible for everyday objects such as toothpicks, bricks, and clothes hangers. (Call me a geek but I love this kind of thing!)

The students were then randomly assigned to three different groups and given a 12-minute break. During the break one group rested in a quiet room, another performed a difficult short-term memory task, and the third group were given something so mind numbingly boring it would guarantee their minds would lose the will to live and start to wander (sadly, despite some intense Googling, I couldn’t find out what this task was).

All three groups were then asked to come up with additional uses for the everyday items they had seen before the break.

The results were pretty astounding: the students who had completed the mind numbingly boring task during their 12-minute break came up with forty-one per cent more possibilities than the other students. (When asked to come up with uses for new items they hadn’t seen before, they scored the same as everyone else.)

The explanation? The researchers say that daydreaming during the break allowed the subjects to invent additional possibilities as “their unconscious minds pondered new ways to make use of toothpicks.” Doing simple activities is perfect because  “they consume just enough attention to keep us occupied, while leaving plenty of mental resources left over for errant daydreams.”

So there you go – if you want to be more creative, chew on some work, then take a break and do something mundane and boring (empty the dishwasher, wash the dog, cut your toe nails, clean the fridge, sort your M&Ms into piles using chopsticks)…and let your mind wander…

2 thoughts on “The power of daydreaming”